For many pilots, having the opportunity to be at the controls of an aircraft with their dad is a far-fetched dream.

At SkyWest Airlines, those dreams are a reality for generations of family pilots who work at the company and at times, even fly together.

“It has been the highlight of my career to be able to work next to my son,” said SkyWest CRJ Captain Michael Jense. “Chris and I have been blessed to fly numerous trips together and it has been great to be able to hang out on the overnight trips too.”

Whether it was spending time working at his grandfather’s aircraft maintenance shop, taking family trips thanks to the travel benefits, or seeing the joy on his dad’s face because he was doing what he loved, Chris fell in love with aviation and is thankful for his dad’s help and guidance as he began taking flying lessons when he was 16 years old. 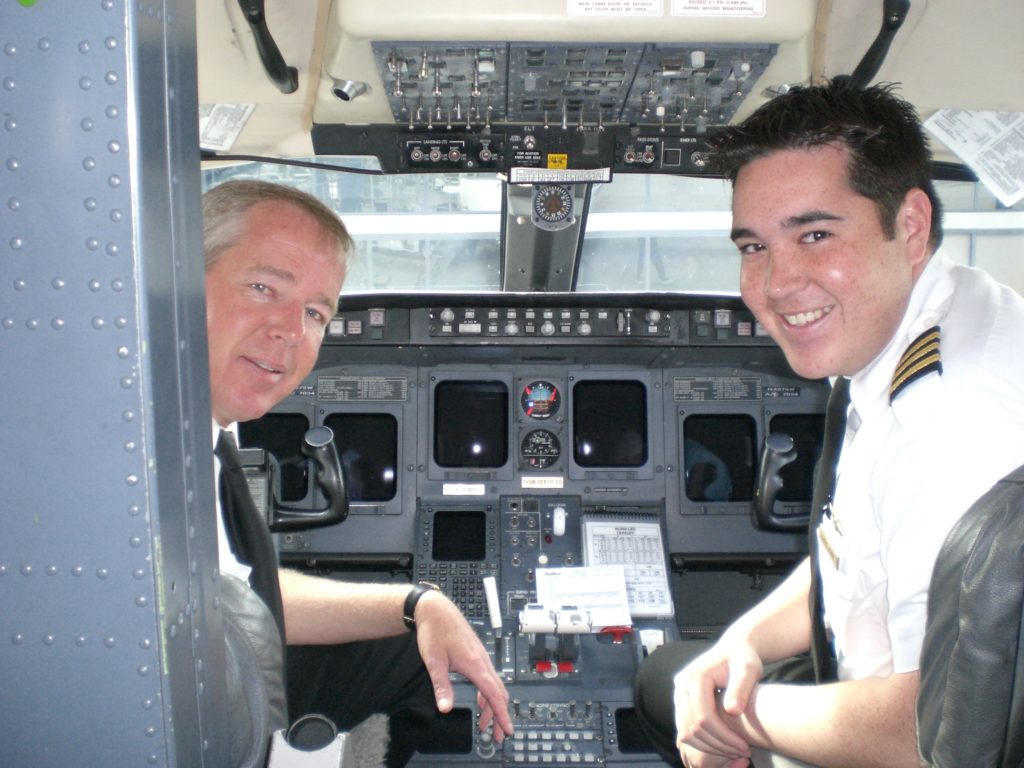 “My dad has helped me out so much and I’ve enjoyed being able to fly different trips with him,” said SkyWest CRJ Captain Chris Jense. “Coming to SkyWest was an easy decision for me because of the company’s exceptional reputation and the opportunities it gives its employees.”

For Chris, flying was in his blood as a fourth-generation pilot. 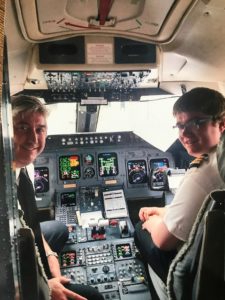 “The poor kid never had a chance,” Michael laughs. “But honestly it’s great to see him doing what he loves.”

That passion, combined with SkyWest’s values, continues to drive the airline’s close-knit family culture even as it has grown to become the world’s largest regional airline with nearly 14,000 aviation professionals operating more than 2,500 daily flights.

Captain Dylan Bechtold got an early start at SkyWest thanks to his father, CRJ Captain Dave Bechtold, who has more than three decades of experience at SkyWest.

“I grew up in the SkyWest training department and know most of the senior pilots,” said Dylan. “Because of that, I knew firsthand the culture and commitment the company has in its employees, and with my parents and my aunt working at SkyWest, it was an easy choice for me to join the team.”

Together they have taken a number of trips in what Dave calls “an unforgettable experience.”

“To be in the cockpit and flying together was a proud moment,” said Dave.

For ERJ Captain Marshall Rub and his son Captain Jeffrey Rub, the opportunity to work alongside each other is one of the reasons why they don’t want to go anywhere else. 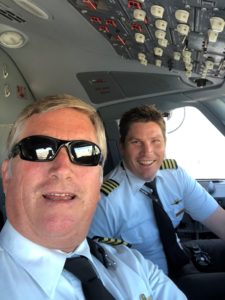 “I was Jeff’s instructor when he first started to fly and the rest has been history,” said Marshall.

For CRJ Captain Garry Poulton, working at SkyWest quickly became his goal as he began working as a flight instructor in Reno, Nevada.

“I had heard a lot of good things about SkyWest and it’s been more than I could have ever imagined,” said Captain Poulton. “The camaraderie among crewmembers, the family culture, the opportunities, including flying with my son (Denton Poulton), have all been so great.”

So far, the father and son pilots have flown twice together.

“When I got into aviation I never thought much about my children wanting to follow in my footsteps,” said Captain Garry Poulton. “I have seen, in the past, other pilots who had flown with their children and seen the smile on their faces. I know what those feelings of pride and accomplishment are like now.”

For Denton, being a pilot was always his dream as he watched his father leave for work in his uniform. 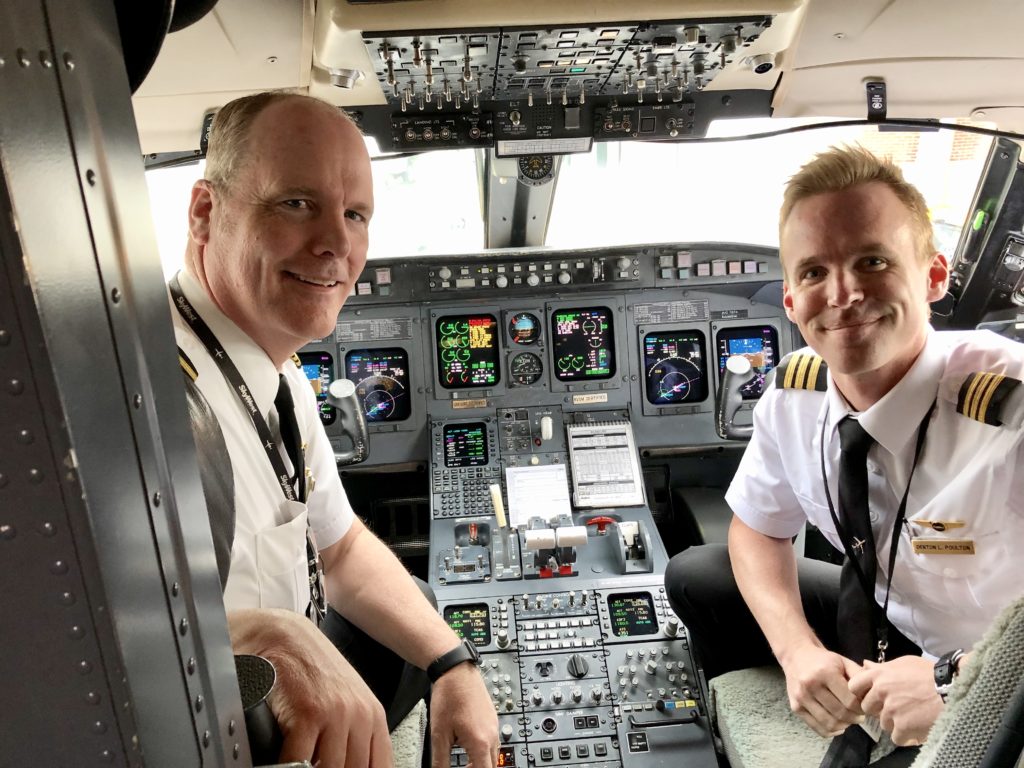 A similarly unforgettable experience occurred last year for Brent Wilson, a SkyWest pilot and manager of aircraft operations, along with his son Michael, a first officer. They had the chance to operate their first flight together as they took delivery of one of the company’s newest E175 aircraft at the Embraer factory in Sao Jose dos Campos, Brazil.

These examples and experiences are just a few of the many pilots, flight attendants, maintenance professionals, customer service agents and more who have had the unique opportunity of working together with their family at SkyWest.

Happy Father’s Day to all our SkyWest Fathers teaching their children to soar! To learn more about becoming a part of the SkyWest family, go to skywest.com. 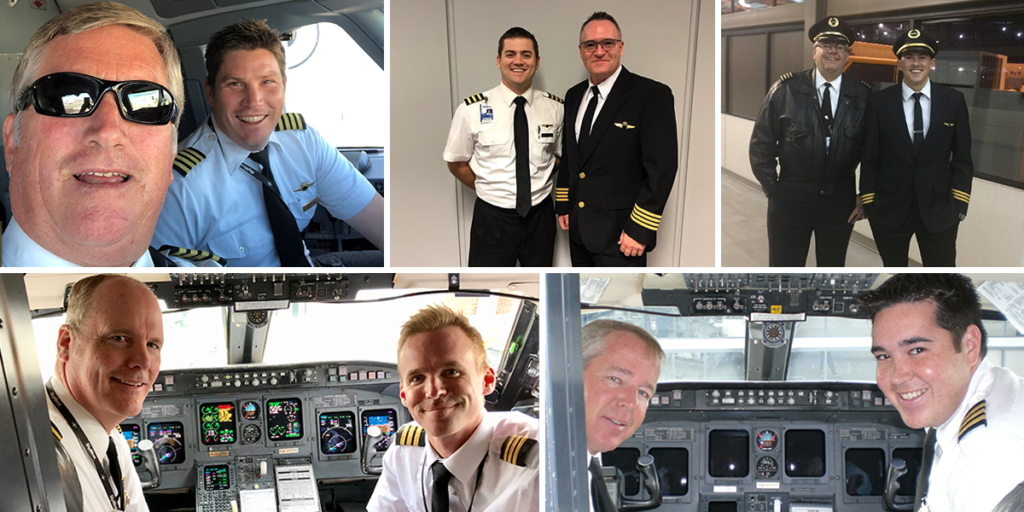