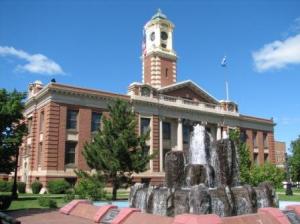 Hibbing is the largest city located within Minnesota’s Iron Range, an informally named area of the Northeastern part of the state known for rich, iron ore deposits. Hibbing itself boomed as a center for mining and was even relocated in its early days when a vein of iron ore was discovered immediately beneath downtown, which carried more value that the town itself! Today, the original streets, street lamps and foundations can still be seen in a park straddling the open-pit mine.

While Hibbing holds its position as an early 20th century economic hot bed, today it is also a center for recreation, especially when it comes to the treasure trove of winter sports available to visitors and residents alike.

Hibbing is home to the largest curling club in Minnesota, and a great place to view and to try this Olympic winter sport, which involves sliding stones along a sheet of ice towards a target area. A great deal of teamwork, skill and strategy go into curling and is why the sport is often referred to as “chess on ice.” The Hibbing Curling Club hosts the largest curling tournament in the United States with more than 120 teams competing annually. 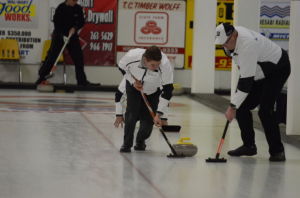 Hibbing is also the perfect epicenter to begin outdoor winter fun with several resorts nearby. Ski Magazine named Giants Ridge Golf & Ski Resort the number one Minnesota ski resort and is a top five pick in the American Midwest. Located a convenient 45 minute drive from Hibbing’s Range Regional Airport, Giants Ridge offers 35 downhill runs, more than 37 miles of Nordic trails, show shoe trails and a fantastic snow tubing park that’s appropriate for the whole family. Plus, all of this is offered in breathtaking scenery adjacent to the Superior National Forrest.

Winter Frolic is an extremely popular scholarship/pageant event for young women that has expanded into an area-wide winter festival spanning two weeks in late January and early February. Activities include a sliding party with the scholarship candidates, a city-wide treasure hunt, an illuminated ski night and fishing contest. All of these activities finally culminate in the crowing of the new Winter Frolic Queen.

Find out first-hand what the area’s winter wonderland is like by booking a convenient SkyWest flight, operating as Delta Connection, with non-stop service between Hibbing and Minneapolis. The best fares can be found at www.Delta.com.