Pocatello, Idaho is known as the U.S. Smile Capital thanks to a 1948 ordinance that made it illegal not to smile in Pocatello. While the law was a tongue-in-cheek comment on an exceptionally severe winter, it remains on the books, and the following are just some of the activities that are available in Pocatello that will help keep every visitor smiling! 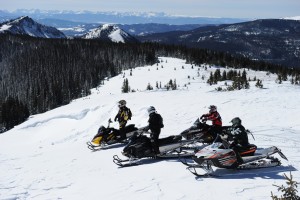 Snowmobile trails put Pocatello on the maps. And while it may not be on the typical list of vacation ideas, snowmobiling is a fun, easy way to explore new country. The looming mountains and ice-frosted pine trees are perfect scenery for new or seasoned riders. Here’s a list of trail descriptions near Pocatello, including several trails that are less than 20 minutes from the city. Just a few miles north of Pocatello, the Fort Hall Indian Reservation provides a rich cultural experience. Native American culture is beautifully depicted here each August in the Shoshone-Bannock Festival. This year, the 52nd Annual festival will be held Aug. 6-9 at the Fort Hall Pow Wow Grounds. Typically, the festival draws more than 2,500 dancers who arrive from all over North America. The dancing. The drums. The crafted bead-work. The comradery. It’s a unique experience that is incredible to be a part of and to celebrate. 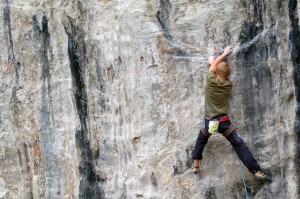 Pocatello also hosts what it calls America’s oldest and most fun rock climbing competition, the Pocatello Pump. The event is coordinated by Idaho State University and raises money for scholarships to the university and for a national, non-profit rock climbing organization, Access Fund. This year, the event will be held Sept. 19-20 at the basalt crags of Ross Park’s Sunny Side and Shady Side. Besides the competition, visitors can enjoy spectacular climbing throughout the year thanks to basalt and limestone conglomerate climbs that are only five minutes from downtown.

Along with all of the great things to do within Pocatello itself, there are several nearby destinations that visitors will want to explore while in the area. Yellowstone and Grand Teton National Parks are just a short drive from Pocatello, and world-recognized ski resorts such as Sun Valley, Idaho and Jackson Hole, Wyoming are nearby, too.

There’s no time like the present to book a trip! Daily, Delta Connection flights, operated by SkyWest Airlines, are available between Pocatello Regional Airport (PIH) and Salt Lake City (SLC) year-round. The best fares can be found at delta.com. 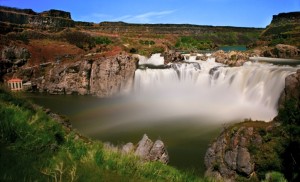 At first glance, visitors seeing these beautiful waterfalls for the first time often think of Niagara Falls or possibly C.S. Lewis’ Narnia, not South-Central Idaho. In reality, Shoshone Falls in Twin Falls, Idaho stands about 45 feet higher than Niagara Falls and is much more real than Narnia. Another bonus – no passport is needed to visit either side of the falls! 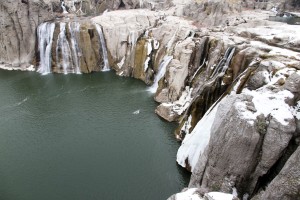 To be fair, Idaho is technically considered a desert. This means that at certain times of year, the falls may be slightly more frozen than flowing. But this hidden beauty, within an otherwise desert environment, is one secret that needs to be let out and is dying to be explored. No matter the time of year, this sight is worth a visit.

For those adventure-seeking types who aren’t interested in watching bursts of water shoot off a cliff, here are two words to know: Perrine Bridge. To add a few more words, this bridge is one of very few manmade structures in the U.S. where B.A.S.E. jumpers don’t need a permit to jump. Here, daredevils and thrill-seekers alike are able to enjoy a 486-foot drop into the crisp water of the Snake River below. On top of that, history is literally created at this Twin Falls landmark as several world records have been made and/or broken on this 1,500-foot-wide bridge. 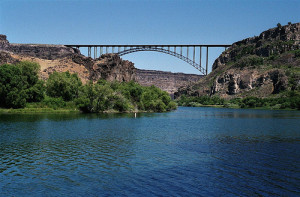 In 2005, 21 people took the challenge to jump off Perrine Bridge at the same time. As their parachutes opened and they glided to the river below, Twin Falls caught the literal meaning of that ‘80s song, “It’s Raining Men” (and in this case, women, too).

The next year, in 2006, a man named Captain Daniel G. Schilling jumped off the Perrine 201 times in less than 24 hours, setting a Guinness World Record. He used a 60-ton crane that lifted him to the top to speed up the process.

If it’s not clear yet, this place is one-of-a-kind. Visit Twin Falls today with a short SkyWest jet flight, operating as Delta Connection, from Salt Lake City.