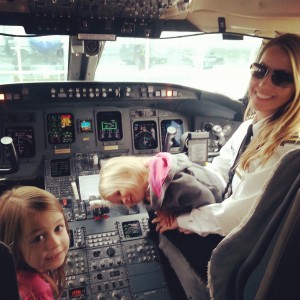 From the Women Airforce Service Pilots (WASPs) of World War II to pioneers like Amelia Earhart, women have long played important roles in the aviation industry. SkyWest Airlines is committed to advancing the role of women in the industry, which is one of the reasons they regularly participate in events like the annual Women in Aviation (WIA) Conference. And this year, SkyWest provided several sponsorships so that even more employees could attend the conference in Florida.

For Crystal Jorgensen, a SkyWest flight attendant based in Salt Lake City, Utah, the chance to attend the WIA conference was an incredible surprise.

“I was almost speechless and a wave of pure excitement came over me,” said Crystal. “I was and still am excited and honored of the fact that SkyWest would pick me to go.”

Crystal says the conference gave her a chance to rub shoulders with many amazing people within the aviation industry.

Crystal said, “I not only learned of few ways to go about getting my pilot’s license, but I also learned where different aircraft parts come from and who builds them. As a woman in the aviation industry, I feel blessed to be where I am, although I am not finished.”

For Judi Stephenson, a SkyWest first officer based in Denver, Colo., the conference was a chance to meet some of her aviation idols.

“I stumbled across an article about the WASPs from World War II and I was hooked,” said Judi. “At the conference, I looked across the large conference center and saw Bernice ‘Bee’ Falk Haydu – the woman who was once named as the ‘President of the Order of Fifinella.’ This is a woman whose uniform is on display at the Smithsonian Air & Space Museum and it was an honor to meet her.” 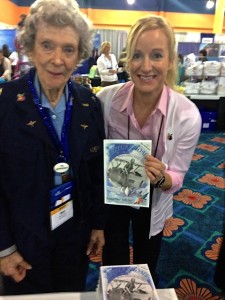 Like other attendees, SkyWest employees also had the chance to attend classes and keynote presentations that continued to inspire them in their individual careers. The experience is one that they will not soon forget.

Marie Becker, a SkyWest maintenance purchasing agent from St. George, Utah, said, “Meeting the other SkyWest employees and spending a wonderful day exploring the exhibit hall confirmed that I had chosen the right career.”

“NTSB Chairman Deborah Hersman spoke about safety in aviation. It was so inspiring and as I listened to her stories, it made me want to be a better person, “ added Jill Baker, an Los Angeles-based SkyWest flight attendant.

SkyWest Airlines is proud to employ more 4,100 women. These incredible aviation professionals help in all aspects of the operation, from the ticket counter and ramp, to the maintenance hangar flight deck and inside the cabin. They truly help set the standard for SkyWest to be the Airline of Choice, Employer of Choice and the Investment of Choice. 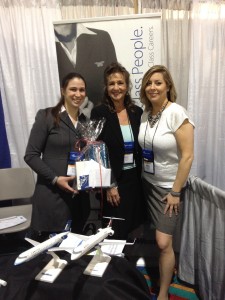 Marie Becker and Crystal Jorgenson at the SkyWest booth