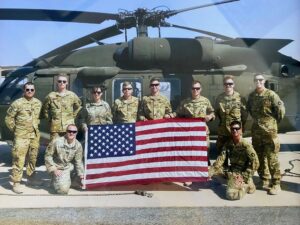 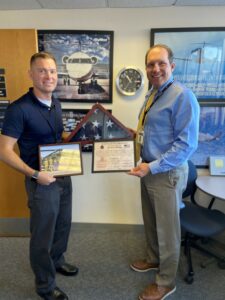 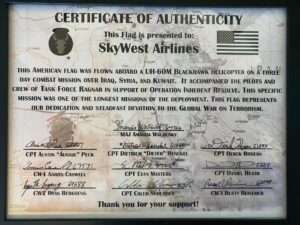 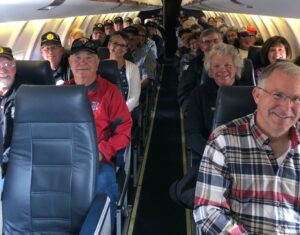 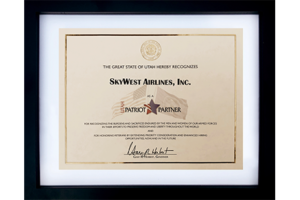 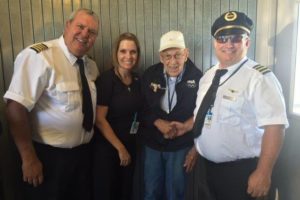 “The entire crew went above and beyond to make this a special day for Lt. Col. Cole,” said Tracy Gallo – VP of Flight Ops. “That he was going to bury the last remaining member of his squad made the service even more meaningful.” 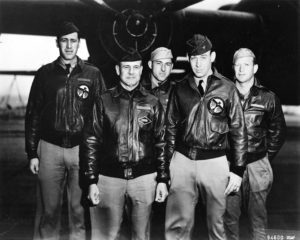 Lt. Col. Cole was part of one of  the most famous missions in U.S. military history when, on April 18, 1942,  he and 79 other brave members of the U.S. Air Force set out aboard 16 B-25B Mitchell medium bombers as part of  the United States’ response to the bombing of Pearl Harbor. Their mission, to bomb Japanese forces in Tokyo, was highly dangerous as their bombers were unable to land on the aircraft carrier they took off from.

Led by Lieutenant Colonel James Doolittle, 15 of the bombers landed in China after carrying out there mission, where eight crewmembers were captured by Japanese soldiers. The other bomber landed in the Soviet Union, where the crew was interned for more than a year before being returned to the U.S. In total, the Doolittle Raiders lost 11 men on their mission. The remaining 69 heroes returned home to the U.S. With the passing of his friend, Lt. Col. Cole is the last living Doolittle Raider. 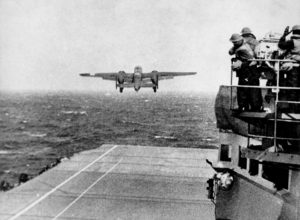 Upon learning that he would captain the flight carrying this special passenger, Captain Spencer made a quick trip to the local grocery store to pick up nine dozen donuts. The crew then met Lt. Col. Cole in the boarding area and escorted him to the aircraft and arranged for him to sit in row one. After boarding was complete, the donuts were passed out to passengers as Captain Spencer read the story of the Doolittle Raiders over the intercom. The cabin was quick to give Lt. Col. Cole a huge round of applause.

Lt. Col. Cole continued to receive the VIP treatment throughout the duration of his flight to MSO, where he was again escorted by the crew. As we celebrate the birth of the United States this Independence Day weekend, a special thanks to Lt. Col. Cole and all those who have served and continue to preserve our freedoms. At SkyWest, we proudly support more than 1,000 active or retired military members across our operation.

Our crew Mike, Jeff and Hayley are another great example of SkyWest’s unique culture where 11,600+ employees are continually going out of their way to make a difference for their passengers. To learn more about working at SkyWest, visit www.skywest.com/careers . 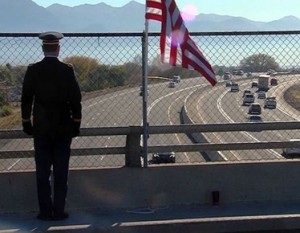